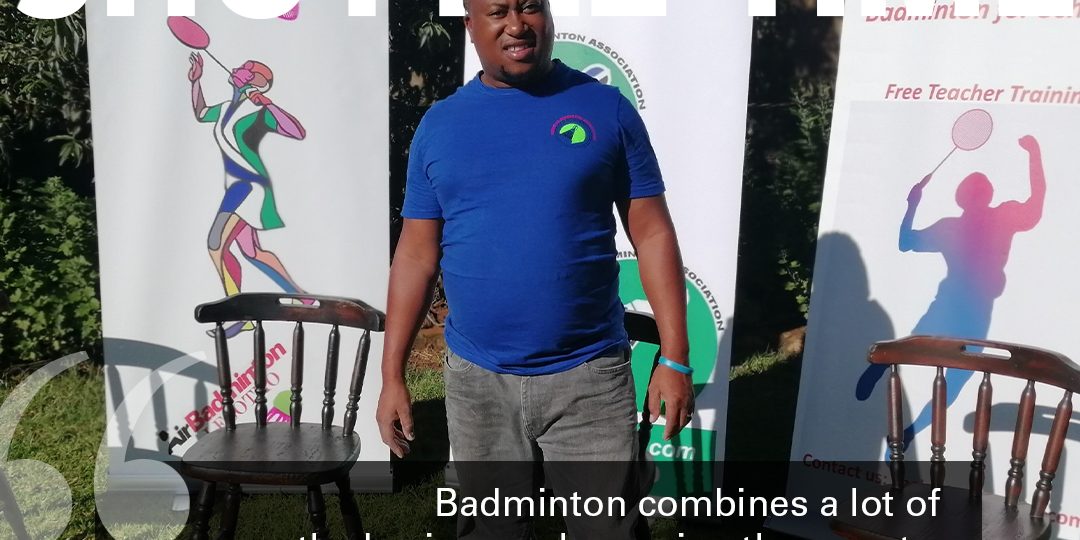 I grew up in a small family in Maseru, the capital of Lesotho. From a young age I was an active child who liked to be outdoors, running and playing. I have played tennis, table tennis, cricket, basketball, athletics and soccer.

Upon completing high school I volunteered in a few youth organisations where I did life skills facilitation for other youngsters. It was then that I got hired by the Lesotho National Olympic Committee as the Lepereng Olympafrica Centre Manager where my main duties included providing socio-educational programmes and sport for communities around the centre. I then became an International Level 1 development coach for a number of sports, training youngsters and children.

I first heard about badminton around 2016. I was called to a meeting by one of my mentors and introduced to the president of Badminton Lesotho who told me she needed assistance in reviving a sport called badminton. I was intrigued as I had not heard about this particular sport before. She explained its basics. From that moment on I was excited and interested in starting a new journey in my sports career.

Badminton combines a lot of the basics one learns in other sports. I realised that children with different sporting backgrounds could play this sport; it’s fun and exciting for children and adults alike.

Since becoming Shuttle Time Coordinator I have seen the sport grow in my country. Seeing a child hold a racket for the first time and smile is rewarding.

We even got to demonstrate badminton on Olympic Day hosted by the National Olympic Committee. I hope badminton becomes the sport of choice in Lesotho.

While going around the country doing the Badminton for All programme, we went to a home which had disabled children. We did Shuttle Time sessions with them, and they were thankful that we had given them the opportunity to learn a new sport. Another special moment was watching another group of disabled children having fun playing AirBadminton.

When I walk around town I’m stopped by people who want me to introduce badminton to their schools. Shuttle Time has given a breath of fresh air to sport in Lesotho where I see a bright future.

Badminton has become a platform not just for developing athletes, but for others to forge careers.

It is making learning a new sport easy for children. It has aided our PE teachers and those teachers who are interested in sport in their schools to know how to pass badminton basics to children. In Lesotho, PE is not a subject that is in all schools, so this has posed a challenge of not having a lot of PE teachers. Shuttle Time has come at an opportune time.