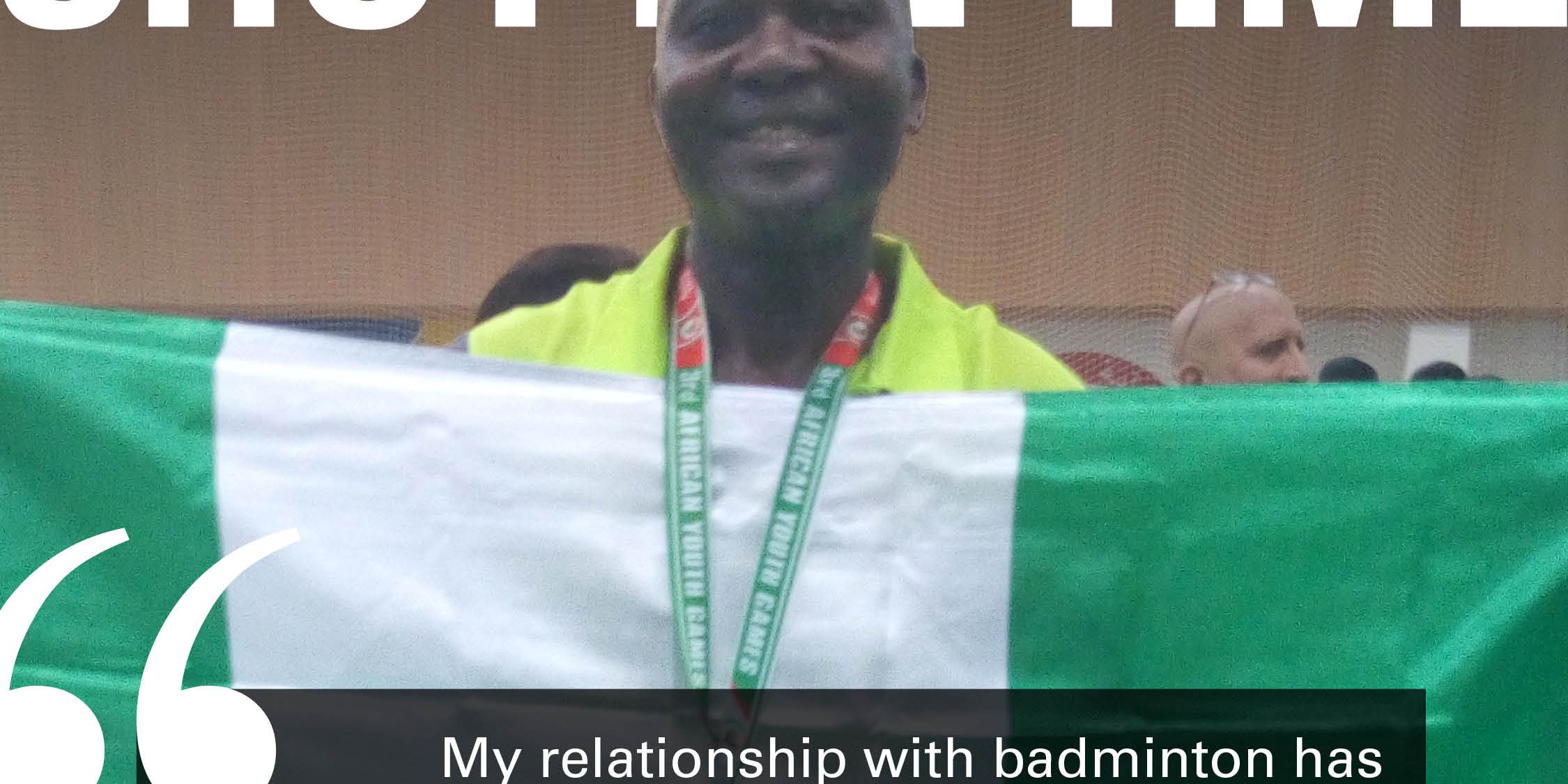 My parents encouraged me to pursue education and sports. I excelled in both. I am a graduate of University of Ilorin where I’m a lecturer teaching badminton and squash. I was a national player before I became a national coach and National Shuttle Time Coordinator.

I got into badminton by accident. My neighbour used to play a local competition, Okin Closed Badminton Championship, which offered prizes such as biscuits, mattresses and pillows. I got attracted and pleaded with him to take me to the stadium to train and he did.

I came third at my first competition. I thought the game was simple back then, but discovered that it was more demanding than I thought. I had already fallen in love with the game, so I could not back out.

My experience in badminton had shown that the game is a family game, lovable and can be played by people of all ages, giving a lot of health benefits. Badminton always repays whoever sows in it.

Initially, badminton was not as popular as soccer or basketball in Nigeria, but gradually it started gaining popularity and the game is now known in every nook and cranny of the the country. The introduction of Shuttle Time has helped take the game to the grassroots.

Many people especially the youth play the game now. Shuttle Time has a simplified programme of how to teach the correct skills to children from the start of their badminton life, through teachers and tutors. It is a uniform programme that makes young people embrace badminton through a fun way of teaching.

You can get children to learn very fast by breaking a relatively difficult task into smaller units and making use of small resources to achieve your goal. It is best for players to learn the right skills at an early age. I cherish the uniformity of the programme.