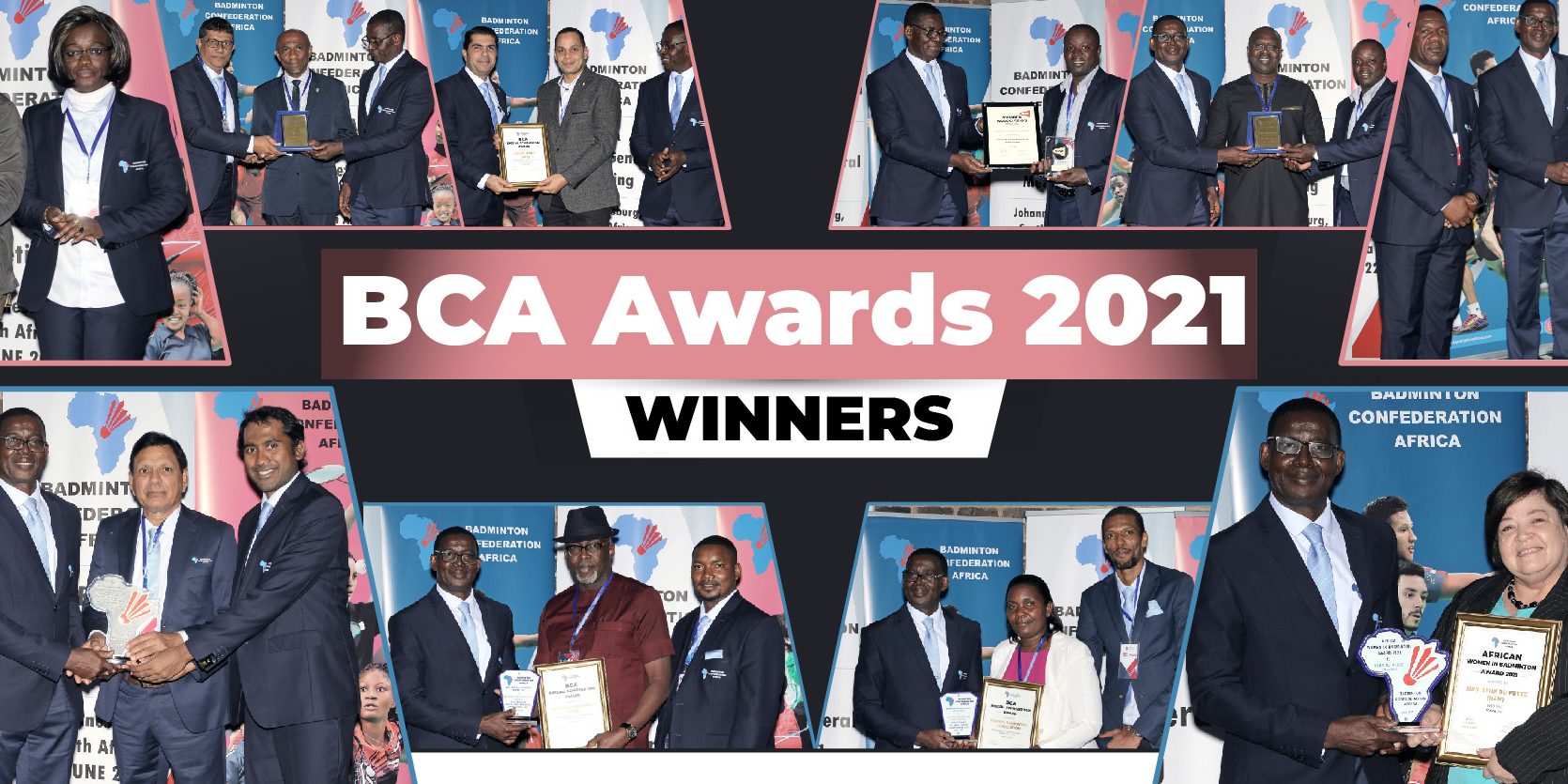 The BCA held its first physical Annual General Meeting in accordance with its constitution on the 25th of July 2022 in South Africa after two years of hosting virtual AGMs due to the Covid 19 Pandemic. With no proposals received from the Members the business of the AGM was to receive the various reports from the committees and approve the financials for the 2021 period. 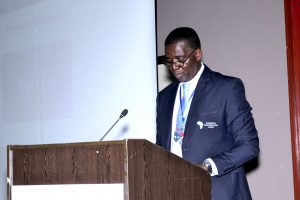 “This marks another milestone for BCA in its quest to develop and grow the sport in Africa said the President in his opening remarks. We undeniably had one common enemy in 2021, which we bravely fought despite the fears and doubts, but through the sacrifices of many, we survived. The worst may be behind us, but the responsibility of achieving BCA’s vision is ours.” Michel Bau, the BCA President said.

Both the 2020 and 2021 virtual AGMs, were very competently organized by the BCA, for which it was hailed by all participants and the BWF.  The 2021 virtual AGM had a participation of 35 Member Associations and 45 delegates. Independent observers from the BWF also attended.

In his speech, the President also thanked all member association and his re-election last year: “On behalf of the newly elected council in 2021, I would like to thank our members for the trust and belief they have in our vision. My re-election to the helm of the BCA is evidence that Africa is united and ready to work together towards a common goal.”

Despite the challenges in 2021, the BCA managed to conduct over 60 activities- a historical fete of its own. To honour and appreciate the Members Associations for this success, the BCA gave awards in a beautiful ceremony conducted by the outgoing Secretary-General, Mr. Sahir Edoo.

“It’s my joy to see all our Members meet physically after such a long time.”, said Mr. Edoo while giving a welcoming gift to Senegal and Comoros as new members of the BCA. “The Member Associations were instrumental to our success, and we plan to introduce even more awards next year.”

Uganda Badminton Association (UBA) clinched the 2021 BCA Special Achiever Award for excelling in events management despite the stringent Covid 19 regulations. Arguably the best organized African Championships of our time, UBA selflessly agreed to host Africa’s most prestigious tournament despite the financial obligations and risks during the pandemic. Receiving the Award, the President of UBA, Annet Nakamya, thanked the BCA for recognizing Uganda’s efforts in hosting the event and pledged Uganda’s support in BCA’s future events. 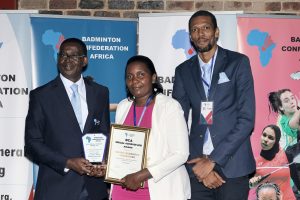 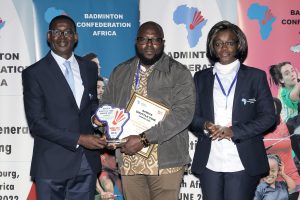 Feted at the just concluded BWF Membership forum for their exemplary use of the BWF Membership Grant, the Badminton Federation of Benin was also given the BCA Special Achiever Award for being the first Member Association to host the first tournament during the Covid 19 Pandemic. 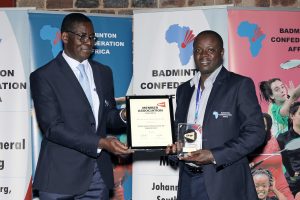 The 4th edition of the African Woman in Badminton (AWIBA), was awarded to Mrs. Lynn du Preez from Namibia. Aka “Aunty” Lynn.

She is also fondly referred to as the Badminton Lady in Namibia for her love of the sport, she was elected the President of her national federation in 2021and helped to revive our sport in the country despite the numerous difficulties. For the past 15 years, Lynn has dedicated her life to badminton and coached hundreds of young children, including African Champion Johanita Scholz, who started her career in badminton with her in Namibia and later played for South Africa. 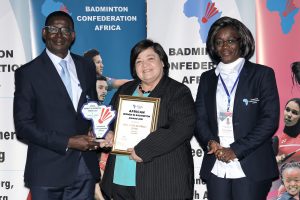 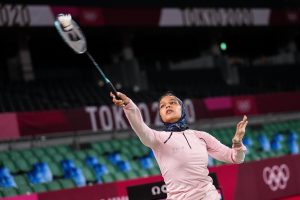 Another 2021 BCA Special Achiever Award went to Doha Hany from Egypt, who achieved what every player dreams of to qualify for the Olympics. Doha did not only qualify for the Tokyo Olympics, but she did it in fashion by qualifying in all 3 events. Miss Doha has also won the gold medal in the Team Event at the All Africa Senior Championships and 2 silver medals for Individual Event. 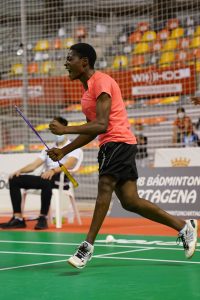 Mariam Eniola Bolaji from Nigeria scooped the 2021 BCA Special Achiever Award. Mariam was the first-ever African to win a gold medal in a BWF sanctioned Para Badminton International tournament organized out of the African continent. Combining her skills and her determination, she graciously got the better of all her opponents to win the gold medal in the Women’s Singles of the SL 3 category at the Spain Para-Badminton International.

Mr. Annirao Dajee, former BCA Development officer, was the recipient of the Inaugural President’s Lifetime Recognition Award for his enormous contribution to the development of Badminton in Africa. For 20 years, Mr. Dajee travelled to over 30 countries to conduct BWF and BCA courses targeting players, coaches, trainers, tutors, technical officials, administrators, and other resource persons. As the BCA Development Manager, he was a key component in BCA’s strategy to train “more and better” human resources. 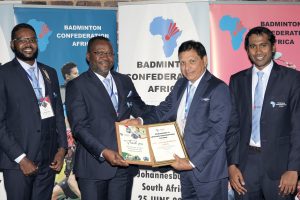 To bring the roof down on the awards ceremony the BCA awarded Mr. Larry Keys from South Africa, the BCA President’s Lifetime Recognition Award as well. As a former BCA President, he contributed massively to the development of badminton at the African level, especially with the introduction of Shuttle Time in the early 2010s. Towards the end of his career, he also greatly contributed to bringing reforms to BCA’s governance and administrative structures, paving the way to what BCA is now. 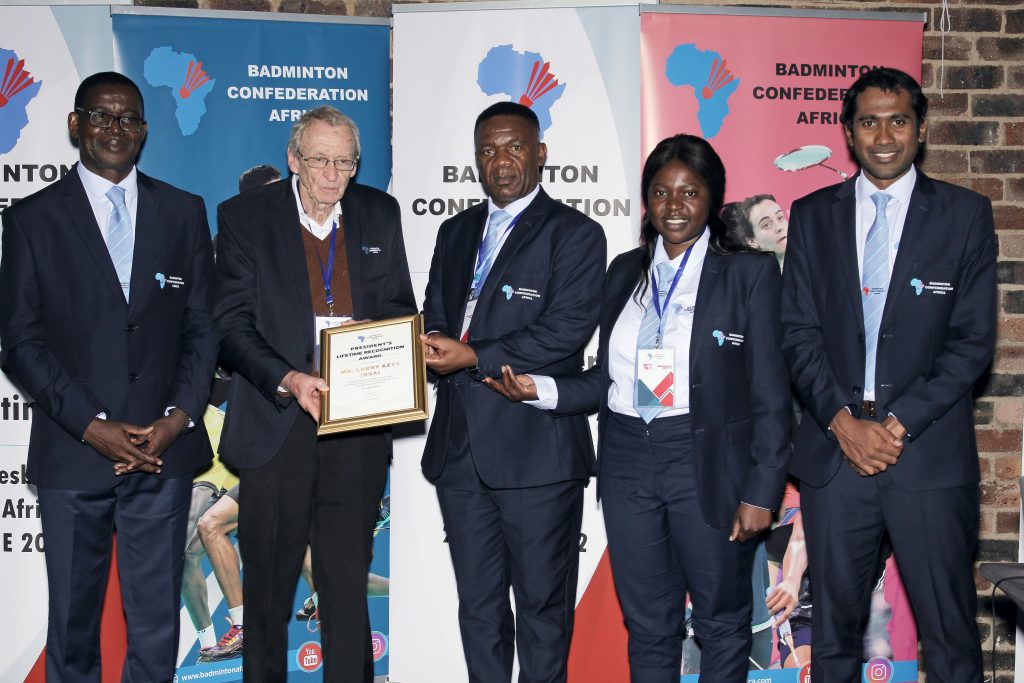