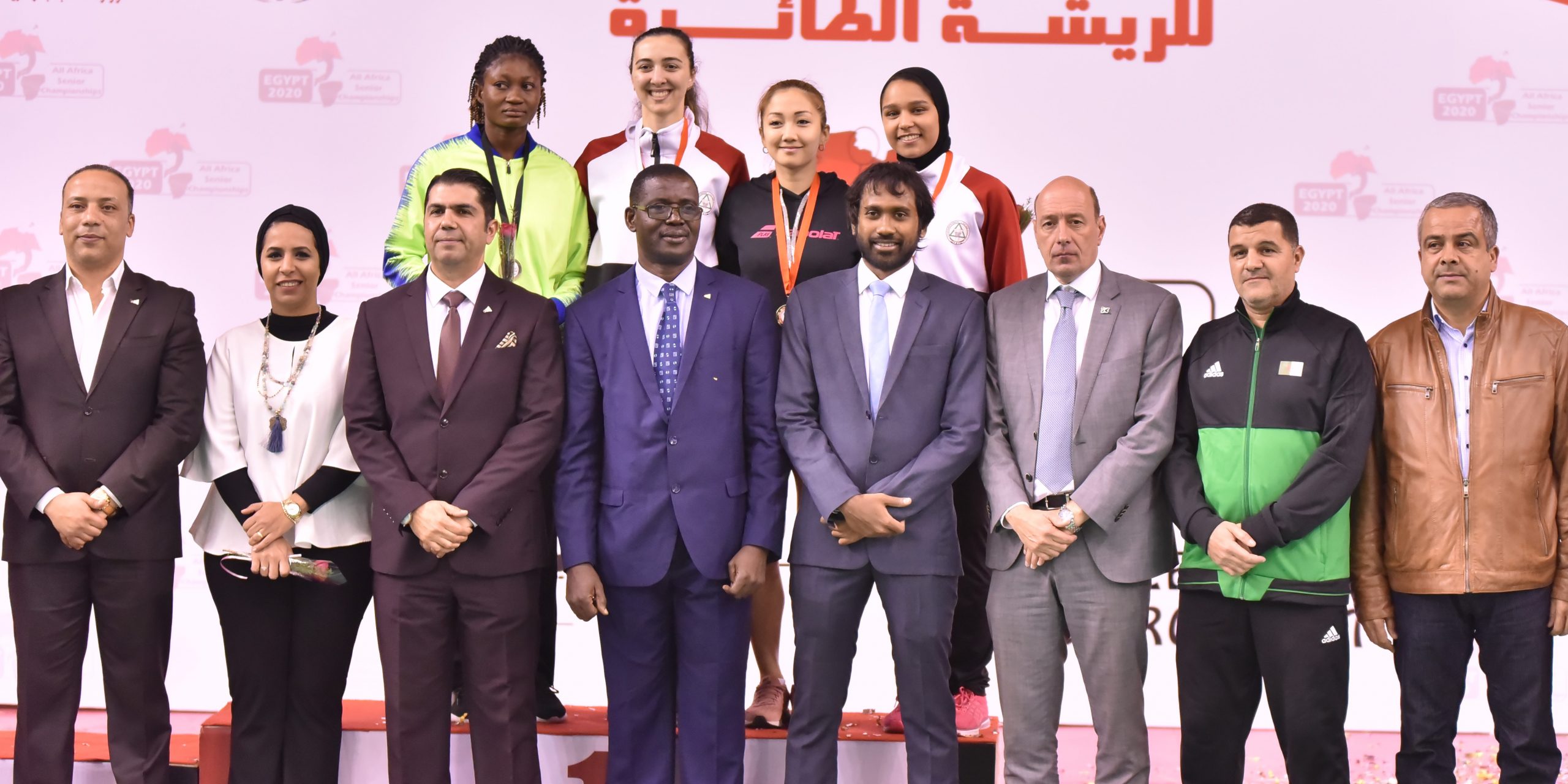 A pulsating tournament with lots of surprises, the All Africa  Senior Championships , held from the 9th to 16th of February 2020, in Cairo , Egypt, kept all of its promises, in what was one of the highlights among African Badminton Tournaments. The final ranking combining both team and individual events saw the host team, Egypt win with 3 gold medals, followed by Mauritius with 2 gold medals  and Algeria with 2 gold medals.

The Men’s team event was won by Algeria. The team of Adel Hamek, Koceila Mammeri, Mohamed Abderrahime Belarbi and Youcef Sabri Medel picked up gold as Mauritius won Silver with South Africa winning the Bronze medal. Algeria topped their group from the start of the tournament to the knockout phases, where they beat South Africa 3-0, while Mauritius beat Egypt 3-0 to meet Algeria in the finals, where the Algerians came out victorious, 3-2. Algeria men’s team qualifies for the BWF’s Thomas cup .

Egypt women’s team topped the tournament ahead of Algeria to qualify for the Uber cup. The Team of Nour Ahmed Youssri, Jana Ashraf, Doha Hany, Hadia Hosny, Hana Tarek Mohamed, Rahma Mohamed Saad Eladawy beat all the other teams consisting of Algeria, Mauritius & South Africa to win the competition in a round – robin format.

After their rampage in the Team event, Algeria continued their quest for victory with pair Koceila Mammeri and Youcef Sabri Medel winning the Men’s doubles versus the Mauritian pair consisting of Aatish Lubah and Men’s singles winner Georges Paul in a hard fought battle for the prize. The Women’s Doubles was dominated by host country Egypt, with the pair of Doha Hany and Hadia Hosny defeating Nigerian Pair Adesokan and Uchechukwu Deborah Ukeh for gold. Finally the Mixed Doubles concluded a good run by Egypt, with the pair of Adham Hatem Elgamal & Doha Hany winning against Algerian pair of Koceila Mammeri & Linda Mazri , in a 3 set bout.

Despite a laudable performance by Algeria & Mauritius, the final rankings declared Egypt the Winners of the Tournament as a whole.

Simultaneously , the BCA organised a players meeting  to discuss about the strengthening of Badminton across Africa, with particular attention given to the difficulties players face and their input on how to raise the standards of tournaments. Discussions were also about  the proper channeling of information to players. Mrs. Aya Medany, a member of IOC( International Olympic Committee) players commission gave a special presentation about the structure and the role of IOC players commission. The meeting was led by the BCA Athletes Commission with the Chairman Mr. Donald Mabo and commission member Hadia Hosny.