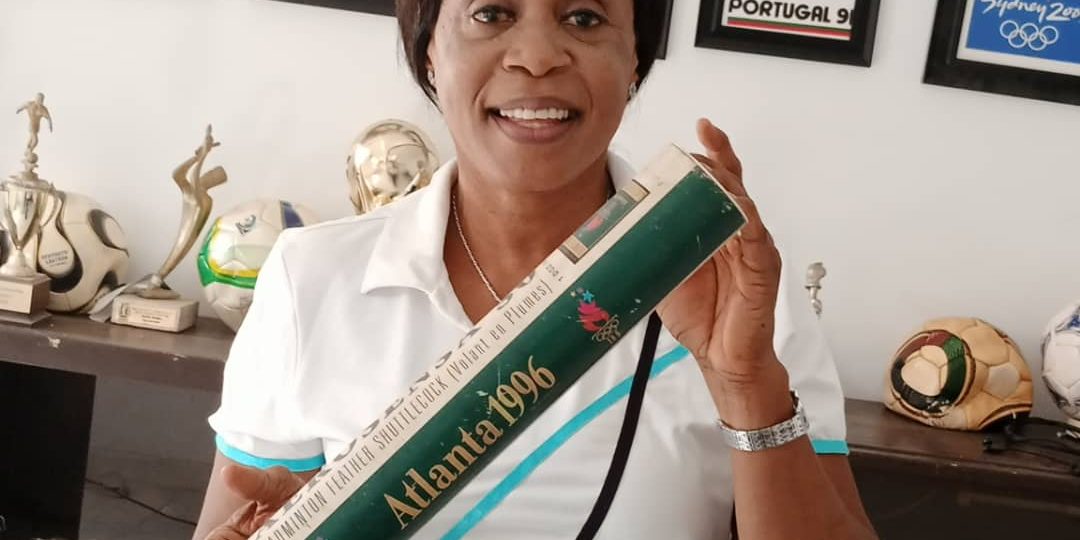 “The future is very bright for Women in badminton in Africa “  says Obiageli Solaja, a 3 time gold medalist winner in the 1996 All Africa Championships .  Obiageli Solaja contributions have been numerous to the growth and expansion of badminton in Africa. She was among the 1st female badminton players in Africa to participate in the badminton event at the Olympics (Atlanta 1996). Even after retiring, she supported the development of badminton in her country, Nigeria, as a coach and administrator.  “I must say , that there has been some new developments towards getting more women involved in badminton in Africa. Training, seminars and workshops have been organised specifically to encourage women participation in coaching, officiating and in administration of the game”, said Mrs. Solaja.

Mrs. Obiageli Solaja’s ambitions and aspirations go further as she wants more young school girls at grassroots level to be aware of the game of badminton and wishes opportunities for women to be involved in the running / administration of boards, associations and federations. Her long lasting dedication to the sport have  led the Badminton Confederation of Africa to award her the African Women in Badminton Award, for the year 2019. “It sure is an encouragement for African women in badminton especially the younger ones. It just shows that one’s contributions to the growth and development of the game is not in vain ; that one day , recognition will be given to your contributions” said the Awardee. The BCA Women in Badminton Commission not only recognised her achievements, but also her support and contribution to the 2019 All Africa Senior Championships , held in Port Harcourt, Nigeria.

The BCA will honour Mrs. Obiageli Solaja during their annual General Meeting , which will be held later during the year. Mrs. Solaja dedicates the award to her husband, Mr. Kunle Solaja. “ Without his support and encouragement, I would not have been able to give badminton the required attention,” she said. The African Women in Badminton Award was introduced in 2018 to celebrate women who have contributed to the development of badminton in Africa by demonstrating irreproachable attitude and dedication to the sport in their respective field. Mrs. Obiageli Solaja takes over from Gretha Prinsloo from South Africa, who won the award in 2018 .