EGYPT-UGANDA (WOMEN) SET TO BE A MOUTH-WATERING CLASH 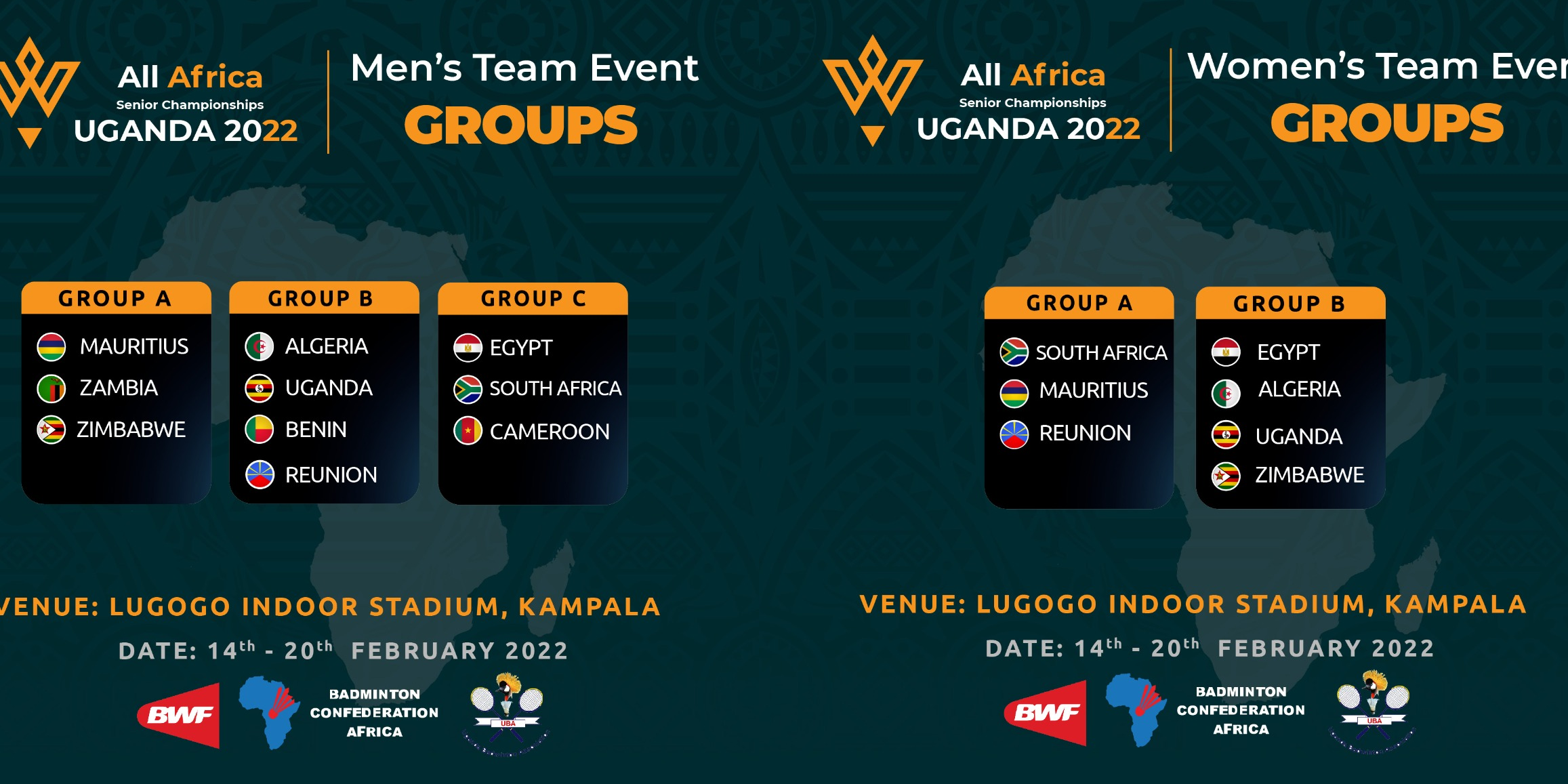 AASC TEAM DRAW IS OUT WITH EGYPT, ALGERIA, UGANDA, AND ZIMBABWE DRAWN IN THE GROUP OF DEATH IN THE WOMEN EVENT.

It will be battle royal as Uganda, led by Husina Kobugabe, the Women’s Doubles bronze medalist in the All Africa Senior Championships 2021 individual event, face off with the giants of Africa, Egypt, in the AASC 2022 Group B Women’s Team Event.

As fate would have it, Uganda is drawn alongside Egypt, Algeria, and Zimbabwe in the group of death. The two teams clashed in last year’s Mixed Team Championships, with the host country losing both in the group and the semi-final stage. The draw was conducted by the BWF Accredited Referee Diraj Gooneadry of Mauritius at the Team Manager’s meeting held today at the Holiday Express in Uganda. 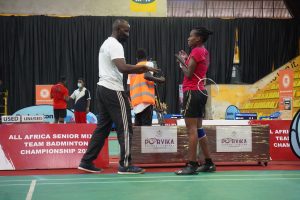 “Losing on home soil at the semi-final stage against Egypt was heart-wrenching. It’s our chance to redeem our pride even though this is a different event. I believe our ladies have what it takes to beat the Egyptians, and become the overall winner of the group”, said the Ugandan Coach Sir William Kabindi.

Doha Hany, the three-time Olympic qualifier and the All Africa Mixed Team 2021 champion will be leading the charge for the Egyptian ladies. 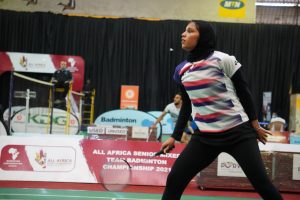 “We have lots of respect for the Ugandan team. Even though they have lost twice against us, we are all aware it was in a different competition. I have faith in my team. We are the reigning champions in the women’s event, and we will be counting on our experience in representing Africa in the previous Thomas Uber cup finals.” Said Doha in an Interview with BCA TV.

It will also be interesting to see if the rivalry between the AASC individual bronze medallist, Fadilah Shamika, and the Under 19 All Africa Gold Medallist and AASC 2021 Champion Nour Yousri will be reignited in this encounter. Nour lost to Fadilah in the quarter-final stage 18-21 19-21 in a very emotional match. Fadilah is just fresh from a high-performance training scholarship in Dubai awarded by the BCA for her exemplary performance in last year’s edition.

Group A has South Africa, Mauritius, and Reunion with South Africa and Mauritius the favourites to go through.

In the Men’s Team Event, third seed Mauritius are drawn in Group A, which also comprises Zambia and Zimbabwe. The defending champions Algeria are drawn in group B alongside Uganda, Benin, and Reunion while second seeds Egypt are in Group C with South Africa and Cameroon.

In the seeding of the team’s report released earlier today, as per BWF’s ranking, Egypt was seeded first with a total of 67622 points in all five categories in the Men’s Team Event. Algeria came a close second with 65241 points, followed by Mauritius with 55328 points for the third seed. South Africa, Uganda, Zambia, Benin, Cameroon, Zimbabwe, and Reunion are seeded 4th to 10th, respectively.

In the Women’s Team Event, the Egyptian ladies had the upper hand with 89627 points, followed by South Africa in second place with 4502 points. Mauritius sat pretty in 3rd place with a total of 37120 points. Algeria, Uganda, Reunion, and Zimbabwe are seeded 4th to 7th, respectively. The top team in each event will book their automatic spot to represent Africa in the Thomas Uber Cup finals which will be held in Bangkok in May.