SOUTH AFRICA AND MAURITIUS QUALIFY FOR THE SEMIS OF THE MEN’S TEAM EVENT AS UGANDA MAKES HISTORY AND QUALIFIES FOR THE FINAL OF THE WOMEN’S TEAM EVENT. 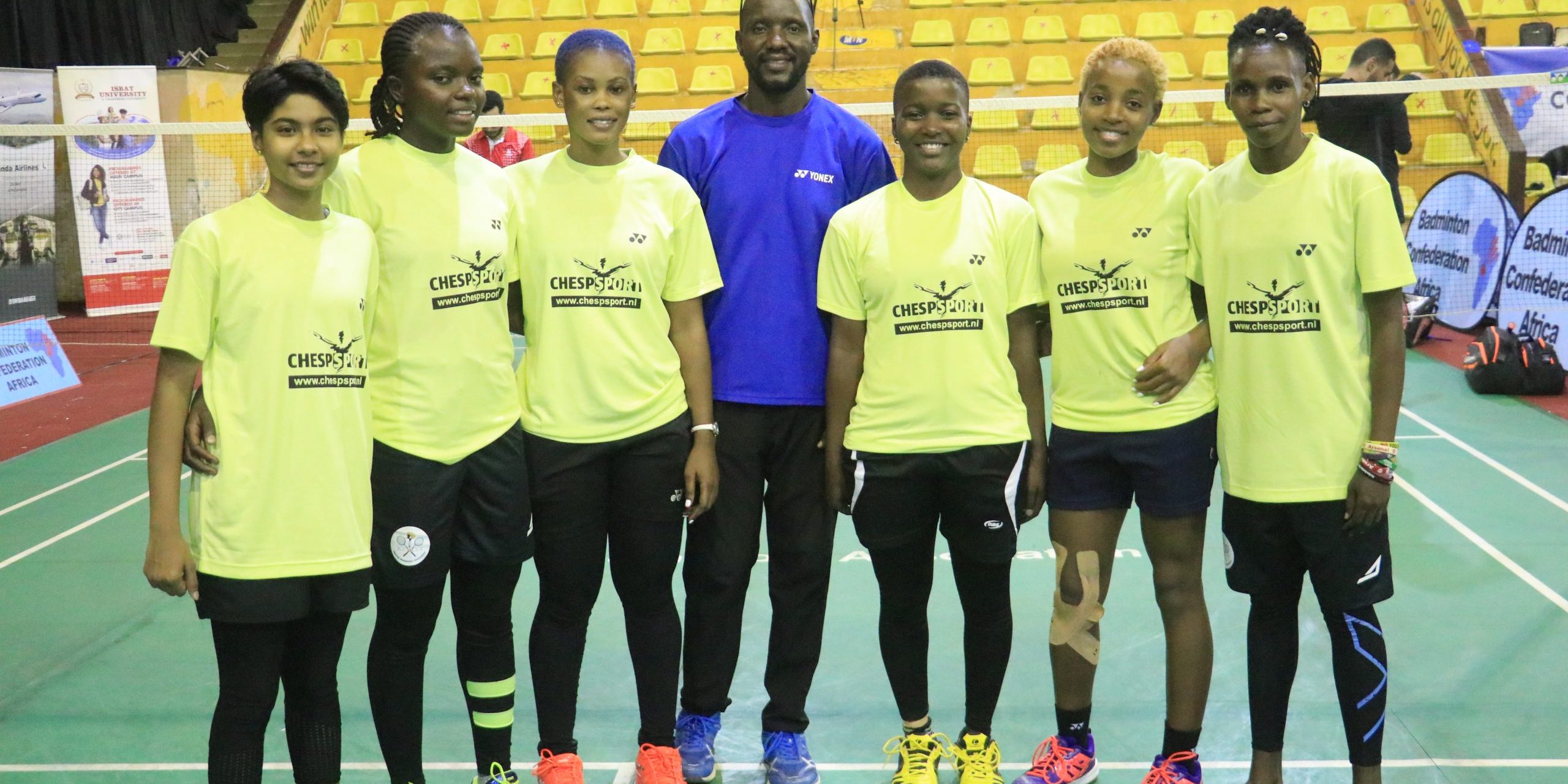 Kalombo Mulenga led the charge for Zambia in their quarter-final encounter against South Africa, beating Ruan Snyman 21-19 21-15, but it was not enough to stop the South Africans from taking the next two Men’s Singles through the efforts of Robert White and Cameron Coetzer, who beat Mwanza Edward and Marvin Chisela respectively 21-14 21-11 et 21-7 21-15. Kalombo and Edward tried to inspire a Zambian comeback in the first Men’s Doubles, but Jarred Elliott and Robert Summers stayed focused winning the first game 21-16. Things were different in the second game as Kalombo and Edward brought their A-game to keep Zambia’s hopes alive taking the second game 25-23. The third game was explosive, with both teams giving their all. Jarred and Robert made fewer mistakes and capitalized on Kalombo’s led pair mistakes to clinch the game 21-15, ending Zambia’s run at the tournament.

In the other quarter-finals match, it was not smooth sailing for Mauritius as Reunion was determined to rain on their parade. It took three games of 21-9 18-21 21-5 for Aatish Lubah to overcome the enterprising Nanicaoudin Loic Antoine. It was another record-breaking three games affair of 18- 21 27-25 21-18 in favour of Reunions Chan Fung Ting Xavier in the second Men’s Singles match. Jean Bernard Bongout put Mauritius ahead again in the third Men’s Singles beating Gregory Grondin in two straight games of 21-11 21-12. Assing Aaron and Chan Fung would level the score for Reunion in another three-game affair of 17-21 21-16 21-16 in the first Men’s Doubles. The second Men’s Doubles was the deciding match and it was not a surprise that it went the whole hog of three games. Melvin Appiah and Aatish Lubah emerged as the victors against Gregory and Nanicaoudin. 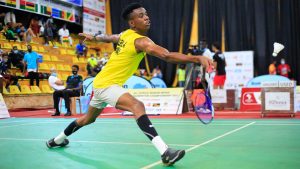 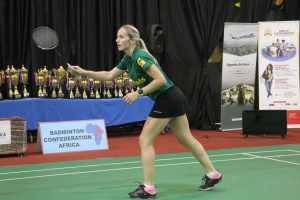 The Women’s Team Event Semi-finals matches were played in the evening session. Uganda made history by reaching the finals of this prestigious event for the first time after beating the South Africans 3-0. Fadilah proved too strong for Laurens Jordaan in the first Women’s Singles and Tracy Naluwooza, Husina Kobugabe followed in Fadilah’s footsteps clinically securing wins in the three Women’s Singles to deny the young South African team a chance to qualify for the final. 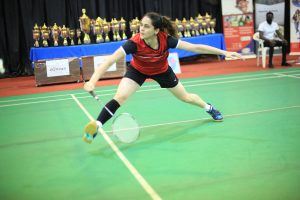 Egypt also didn’t falter in their quest to defend their title as they also replicated Uganda’s performance in their encounter with Mauritius. Egypt changed tact and gave the All Africa under 19 champion Nour Ahmed instead of the Olympian Doha Hany the honors to lead the charge and it worked miracles. Hana Tarek made it 2-0 in the second Women’s Singles. Mauritius called on the services of the amazing Tiya Bhurtun who almost gave them a lifeline when she pulled back one game from Jana Hesham Mohamed in the third Women’s Singles but Jana held on to give Egypt a 3-0 win.

Tomorrow the Semi-finals in the Men’s Team Event will be played in the morning session followed by the Women’s Finals. All Matches will be streamed live on the BCA YouTube channel as from 09hrs (Ugandan Time).