AFRICAN PLAYERS CONTINUE THEIR GOOD RUN IN THE QUARTER-FINALS OF THE DOUBLES EVENTS OF THE UI C 2022. 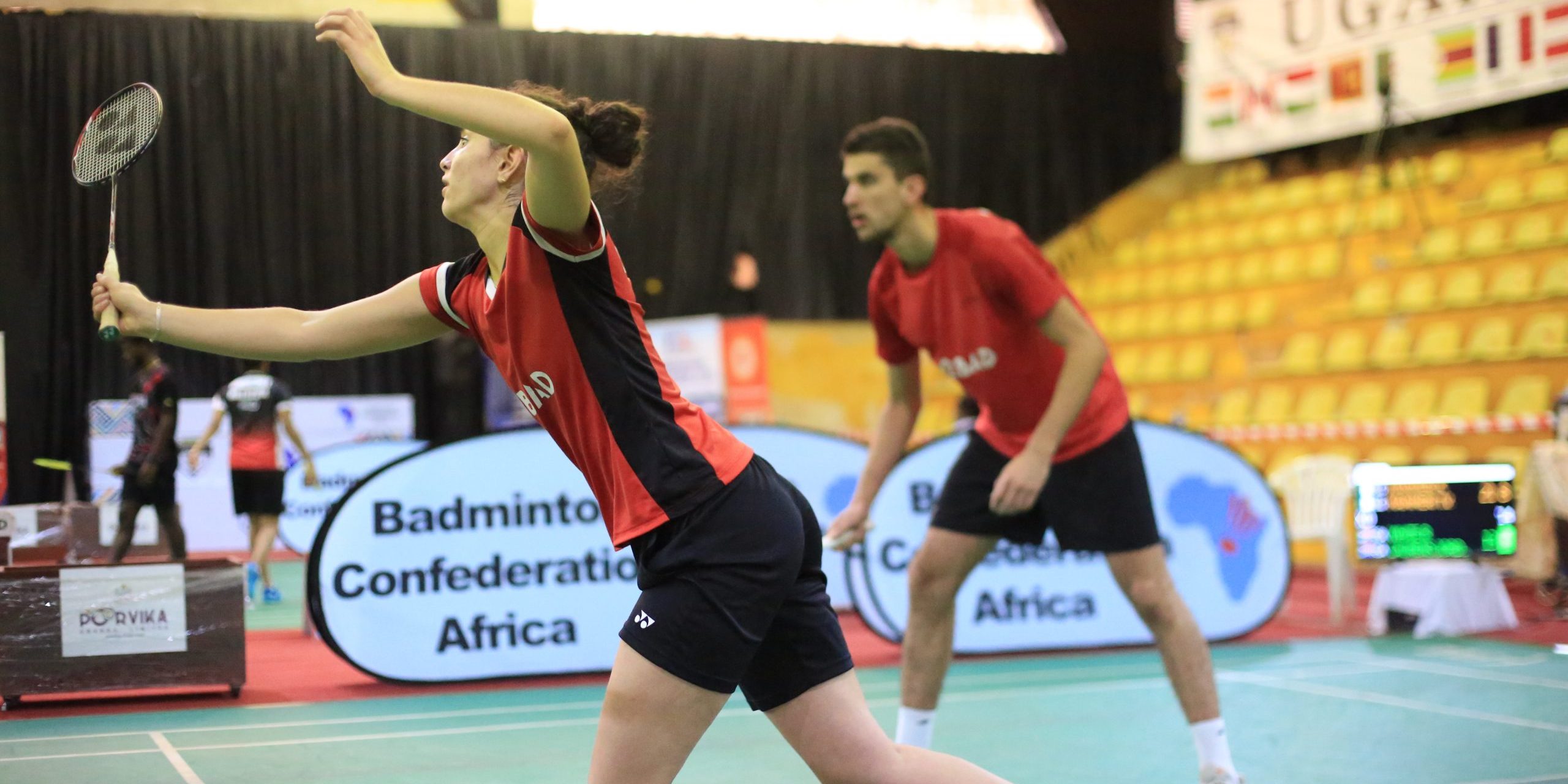 The reigning All Africa Mixed Doubles Champions, Koceila, and Tanina Mammeri, joined the league of Robert White and Deidre Laurens Jordaan in being the only few African players to beat a non-African player in the Uganda International Challenge 2022. The Algerian siblings fought tooth and nail to keep up with the Ukrainians in the first game of the match, emerging victorious 24-22.

We were a bit tense at the beginning of the game, said Tanina. It allowed the Ukrainians to find their rhythm, making it difficult to play our game.

In the second game, the duo was more focused, made fewer mistakes, and played, in their characteristic attacking game to, take the second game from the Ukrainians 21-15. Koceila and Tanina will now play the South African pair of Robert White and Deidre Laurens Jordaan in the first Semi-finals. 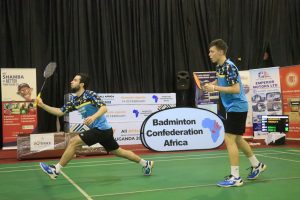 Speaking to BCA Tv on the current situation in Ukraine, Oleksandar Shmundyak said.

“We are shocked at the ongoing events in our country. We don’t even know if our family and friends are safe, nevertheless, we are determined to perform well in this tournament. We hope that the situation is solved as soon as possible so that we can go back home.”

The Ukrainian contingent was forced to reroute their destination to Milan for the time being as they wait for the crisis to end.

“Since the war started in my country, I am constantly on the phone trying to get updates from home,” said Anastasiya Prozorova. “It’s hard to concentrate on the games, but we are giving it our all. I am happy my fellow players, the organizers, and the BCA have shown great concern for our current predicament.”

On behalf of the organizers of Uganda International Challenge 2022, the Uganda Badminton Association, the BCA would like to wish the Ukrainian people a speedy resolution to this crisis. 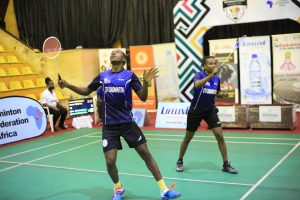 It was an easy draw for the Ugandan pair of Fred Kirabo and Ivan Mayega in the Men’s Doubles event. Scheduled to play the Germans in the quarters, they were unlucky as Ivan had to pull out of the tournament due to a medical complication forcing the duo to abandon their match against Jones Ralfy Jansen and Jan Colin Völker from Germany. The Germans will now face Mohamed Abderrahime Belarbi and Adel Hamek from Algeria in the first Semi-finals. The Algerians seed one doubles pair of Koceila Mammeri, and Youcef Sabri Medel also booked their spot in the Semi-finals after eliminating Rasindu Hendahewa and Viren Nettasinghe from Sri Lanka. Coming back from a game down, Koceila and Youcef once again proved why they are the 5 times Men’s Doubles Champions in 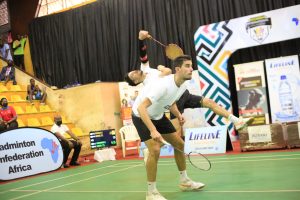 “I am happy we keep improving in every game we play in this challenge,” said Youcef. “Playing against these players from Europe and Asia is not easy since they have better training and facilities. Winning a game from them means the world to us, it proves that African badminton is growing.”

The Algerians cruised past the Sri Lankan pair in the third game 21-13 for a 2-1 final score. 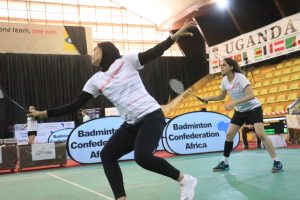 The Women’s Doubles saw the African Queens fall at the quarter-finals stage. Vilina Appiah and Tiya Bhurtun from Mauritius were the first casualties going down 21-10 21-12 to Katharina Fink and Yasmine Hamza, from Italy. The African Women’s Team Doubles Champions Nour Ahmed Youssri and Doha Hany followed suit, narrowly losing 21-18 21-15 to the third seeds of the tournament, Kasturi Radhakrishnan and Kasturi Radhakrishnan from Malaysia. Fadilah Shamika Mohamed Rafi and Tracy Naluwooza from Uganda are the only African pair remaining in the Women’s Doubles draw. They will play against second seeds Martina Corsini and Judith Mair from Italy.

Check out the full results of the day in the link provided below.