BETTER LUCK FOR AFRICANS IN THE MIXED AND DOUBLES EVENTS, BUT THEY BOW OUT IN THE SINGLES EVENT OF THE UGANDA INTERNATIONAL CHALLENGE 2022. (UIC 2022) 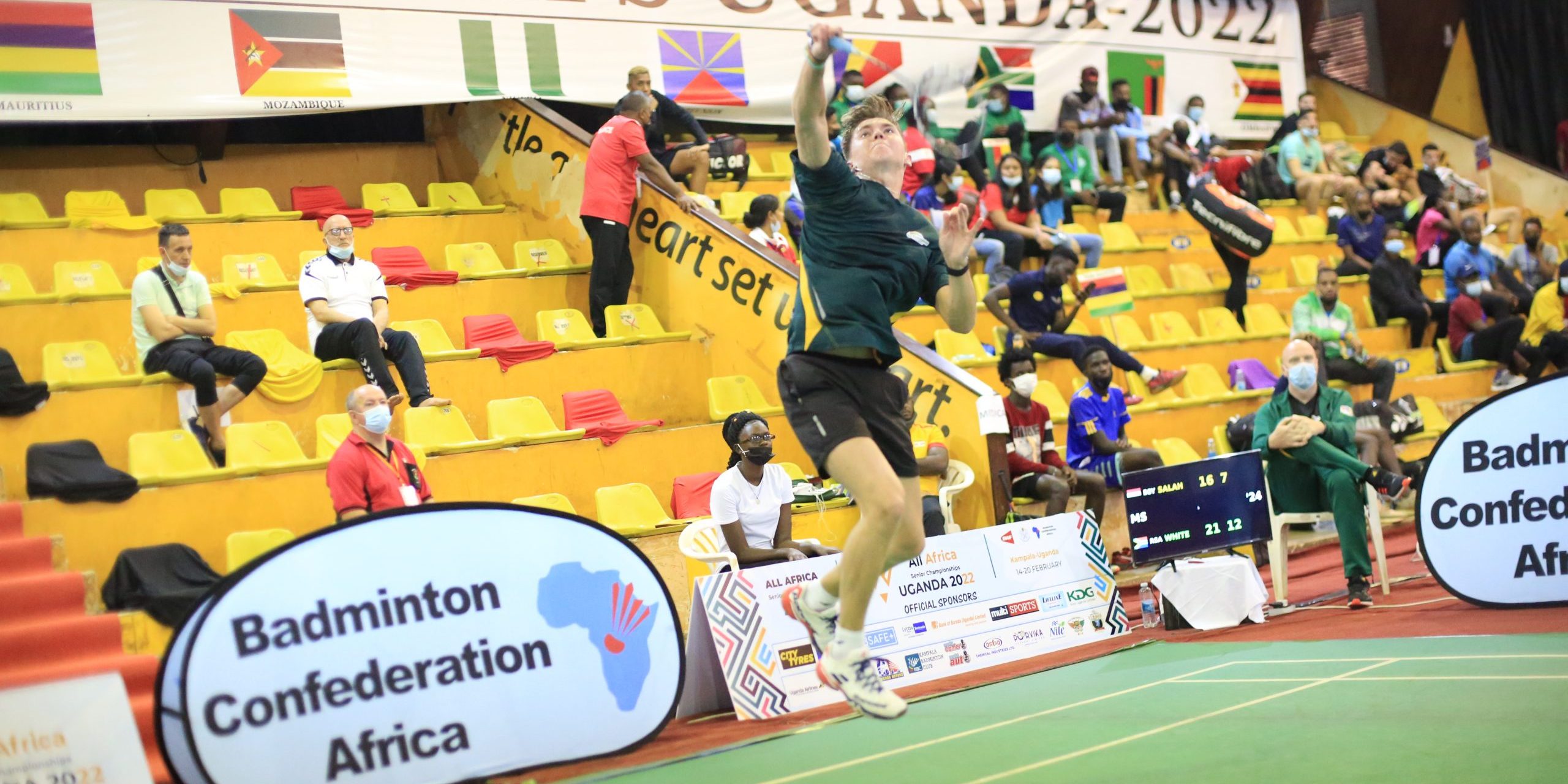 The Silver medallist of the under 19 All Africa Junior Championships, Robert White, helped South Africa to qualify for a spot in the second round of the Mixed doubles in the UIC 2022. At only 18 years of age, Robert paired with the experienced Deidre Laurens Jordaan to eliminate the fancied Samuel O’Brien and Tahlia Richardson 21-14 21-18 to set up an encounter with the Mauritian pair of Melvin and Vilina Appiah for a spot in the quarter-finals. The Mauritian siblings earlier eliminated Abdul Swaburuh Ssempiri and Assumpta Owomugisha of Uganda for a second-round spot. Robert White and Deidre are the only African players who managed to beat non-African players in the tournament. African countries had the most entries in the Mixed Doubles event. 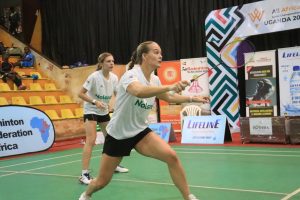 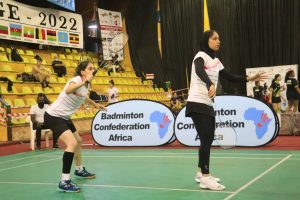 The African entries also dominated both the Men’s and Women’s Doubles, with Doha Hany and Nour Ahmed Youssri, the African champions in the Women’s Team Event leading the charge for the Africans. The Egyptians were lucky to get a bye in the round of 32, setting up an encounter with the Indian pair of Manil and Navya Mahajan in the round of 16.

In other matches of the Women’s Doubles event, South Africans Demi Botha and Diane Olivier matched into the second round after eliminating Husina Kobugabe and Gladys Mbabazi of Uganda 21-9 21-15. They will meet the third seeds Malaysian pair of Kasturi Radhakrishnan and Kasturi Radhakrishnan for a spot in the quarter-finals. Fourth seeds Fadilah Shamika and Tracy Naluwooza of Uganda will meet Jana Hesham Mohamed Abdelkader and Hana Tarek Zaher from Egypt in the round of 16. 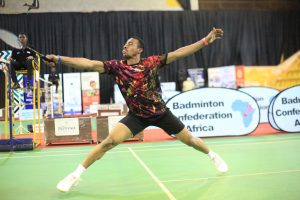 Africa’s last hopes to qualify for the quarter-finals spot in the Men’s Singles were dashed when the just crowned African champion, Anuoluwapo Opeyori, unceremoniously crashed out, losing to Jordanian Bahaedeen Ahmad Alshannik 21-18 21-14. Opeyori, the last man standing from Africa, in the event could have done better, but it was not his day in the office even after coming back in the first game from a 10-point deficit. Robert Summers earlier went down gallantly, losing to the fifth seed Danylo Bosniuk from Ukraine 21-12 21-13. Other top seeds from Africa were all humbled in the first round. Bosniuk will now meet top seed, Arnaud Merkle, from France in the Quarter-finals. In the other top half of the draw, Luka Wrabber from Austria will play against Anirudh Janardhanan of India in the quarter-finals. The bottom half of the draw will have Bahaedeen Ahmad Alshannik playing against India’s Harshit Aggarwal in the quarter-finals, and Viren Nettasinghe will play against Elias Bracke from Belgium in the second quarter-finals of the half.

2022 All Africa Women’s Team Event Silver medallist Fadilah Shamika, was handed a tough draw in the Women’s Singles Event. She met the top seed of the tournament from Israel, Ksenia Polikarpova, in her first game losing 21-11 21-7.

I was a bit unlucky in this event, but I have learned a lot. Back now to the drawing board to train even harder. She said. 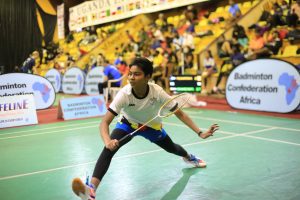 Diane Olivier from South Africa led the African ladies in qualifying for the second round of the Women’s Singles by eliminating the thirteen-year-old sensational Tiya Bhurtun from Mauritius in a gruelling three-game match of 21-16 20-22 21-16 but lost to Jenjira Stadelmann from Switzerland 21-6 21-2. Husina Kobugabe and Rajab Shamsa Mbira from Uganda were also second-round casualties.

Jenjira Stadelmann was quite fast for me and you could clearly see she had an upper hand in our encounter said Diane. I am proud of my achievement now focusing on my Doubles event.

Check out the full results of the day in the link provided below.