ALL AFRICA INDIVIDUAL CHAMPIONSHIPS 2022 STARTS WITH A BANG 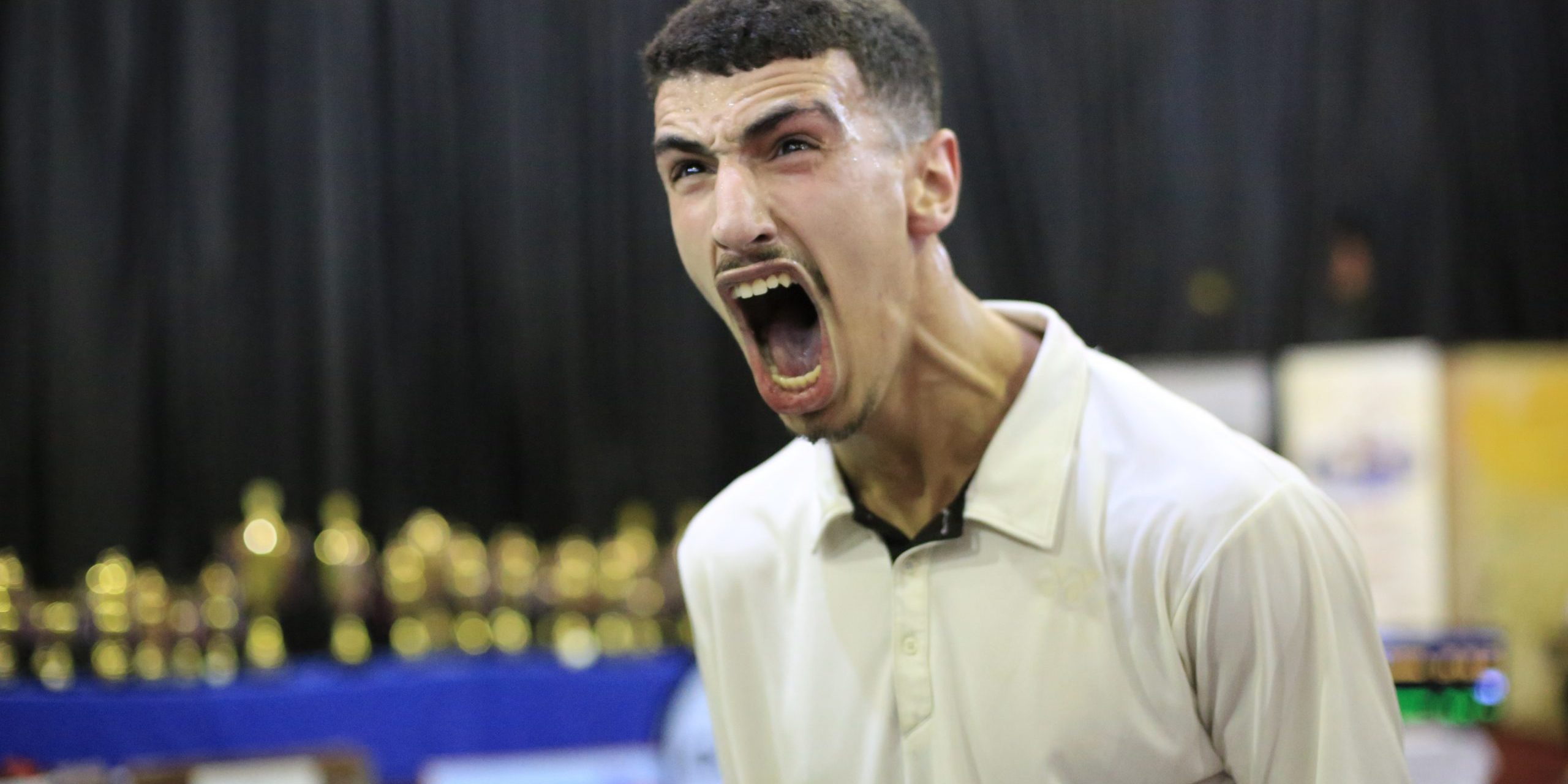 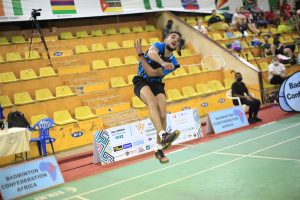 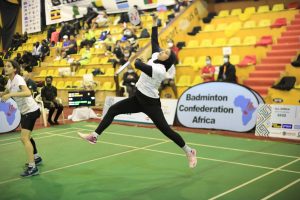 With a record 221 entries received from 134 players, the All Africa Individual Championships 2022 started in earnest today at the Lugogo MTN arena in Uganda.

Apart from earning world ranking points, the event held together with the All Africa Team Championships aims at crowning the best players in Africa.

As per the BWF points grading system, the winner of the Individual championships earns up to 4000 points and the runners up 3400 points. Handed a tough draw, the young Robert White from South Africa opened the championships against Melvin Appiah of Mauritius in a spectacular fashion. Ranked 263 in the world, Robert found it difficult to get the shuttle past the magnificently built Appiah, whose height advantage allowed him to intercept his lifts. He lost the first game 19-21. The second game was more of a topsy turvy affair between the two, neither giving the other a moment to play. It took the heroic efforts of Robert White to claim the second, and third games, 23-21 22 20, respectively to advance to the next stage.

Speaking to the BCA team after winning his game Robert said-“Determined to play against the defending champion in the next game, I found myself making a lot of errors in my first game with Appiah, he is a good player with a good reach due to his height advantage and has very good net play.

I struggled to get the shuttle away from him but recovered in the second game using more body shots.

The second match in the round of 64 matches for Robert White against the defending champion Adham Hatem was not a walk in the park. Robert had nothing to lose and took the game to Adham in a gruelling three-game encounter, however it was not his day. He came back from losing the first game 10-21, to take the second game 21-18. The defending champion Adham had to dig deeper from his reserve tank to take the third game 21-17, essentially ending Roberts’s campaign.

Even though I am playing under immense pressure as the defending champion. I am up to the task and looking forward to my upcoming matches Adham told BCA Tv. I struggled a bit in my second game due to an ankle injury I sustained in training but I am hoping to shake it off, he added.

In the second half of the draw, second seed Anouluwapo Juwon Opeyori from Nigeria playing in his first tournament in Africa this year after representing Africa in the Tokyo 2020 Olympics, World Championships, and Estonia International, had an easy time eliminating Algeria’s Mohamed Abdelaziz 21-16 21-11 to set up an interesting clash with another talented South African, Robert Summers in the round of 16.

“I take every opponent I face seriously. Said Anou. My fans have high expectations to see me perform well, and I promise not to let them down. My experience at the Olympics and World Championships will go a long way in helping me face my opponents confidently. He concluded.

Three-time Olympic qualifier and still the undisputed Women’s Team Event Champion, Doha Hany, had an easy day in the office. In a draw of 64 where all the participants got a bye except Rajab Shamsa Mbira of Uganda, Doha qualified for the round of 16 without breaking a sweat benefiting from Ghanaian Prospera Nantuo‘s no show. Doha will now play, Amy Ackerman from South Africa who cruised past Reunion’s Leperlier Estelle 21-4 21-9 in the round of 32.

Uganda’s Fadilah Shamika, fresh from a high-performance scholarship training courtesy of the BCA, continued with her impressive run in the tournament, eliminating the fancied Algerian Linda Mazri 21-10 21-13.

“My eye is on the prize, finishing with a bronze medal in last year’s edition has given me more motivation to go all the way, and I believe this is my time, especially after the training got in Dubai. Said Fadilah.

Fadilah plays next against Lorna Bodha, who eliminated Audrey Lebon from Reunion 2-1.

The games resume tomorrow with the round of 16 matches.

Check out the full results of the day in the provided link.