FADILAH INSPIRES BRIAN KASIRYE TO A 2-1 WIN IN THE MIXED DOUBLES AS ANOULUWAPO JUWON SURVIVES THE SCARE OF ELIMINATION. 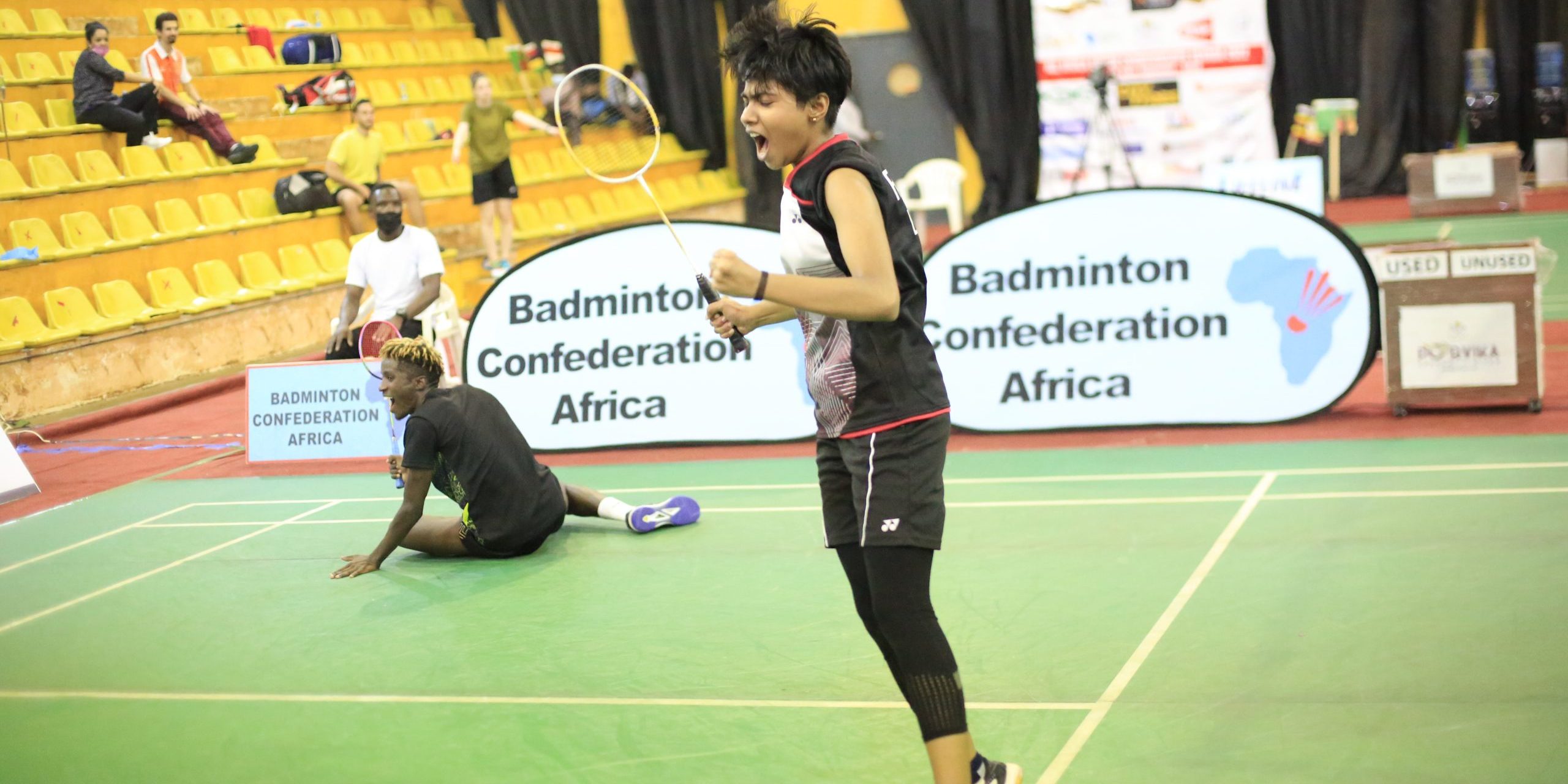 DAY 2 AASC ROUND OF 16 MATCHES

Fadilah Shamika today proved why she is one of the most valuable and fast-rising star players in Africa. Qualifying for the quarter-finals of the All Africa Individual Championships, women’s singles by making an easy meal of the talented Linda Mazri 21-10 21-13 in the round of 32, Fadilah went on to conquer Lorna Bodha of Mauritius 21-13 21-14 to set up the heavily anticipated quarter-final match against Nour Youssri, the reigning Under 19 All Africa Champion. Nour qualified for the quarters by eliminating Cameroonian Maeva Princia Gertrude Anamba 21-10 21-9 in the round of 32, and Uganda’s Sharifa Wanyana 21-7 21-16. Fadilah emerged the victor in their last encounter with Nour at the last edition of the AASC. 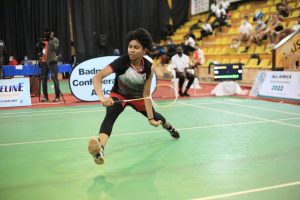 “Last year when I faced Nour I was nervous, but luckily, I managed to beat her. I am now a different Fadilah, especially after my high-performance training in Dubai courtesy of the BCA. I will approach the match without any pressure.” 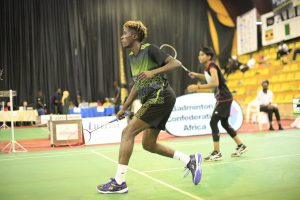 Fadilah star shone even brighter in the Mixed Doubles. Pairing up with Brian Kasirye, the duo found it difficult to hold on to their lead in the second game, allowing the Egyptian Pair to level the score. Fadilah and Brian had taken the first game 21-15 and lost the second 15-21. Salah and Nour frustrated Brian in the third game forcing him to make unforced errors. It took the efforts of an inspirational comeback led by the young Fadilah to enable the Ugandans to take the third game 21-18.

Earlier in the day, the young Robert Summers almost caused the upset of the tournament against the Olympian Anuoluwapo Juwon from Nigeria replicating the performance of his teammate and namesake Robert white, who almost knocked out the defending champion Adham Hatem, Robert Summers gave Anu a run for his money.

“I took time to adjust to the condition in the hall and the shuttle.” Said Anou. “Most of my shots were going out, and this cost me dearly. Robert Summers covered the net well, forcing me to lift and play clears which were always going out”. He added.

Anu, seemingly sluggish, was unable to stop Summers in the first game losing 16-21. Summoning his strong attacking game, and a hint of luck Anu, managed to level the score narrowly coming down from a 7-point deficit to take the second game 21-19. 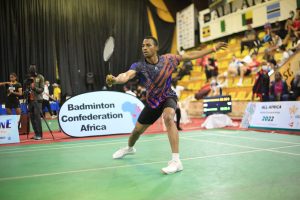 “I was lucky to win the second game,” Anu said. “At some point, I thought this was not my day, but my inner voice kept on urging me to fight and it helped.”

Although Summers still hanged on, frustrating every move Anu made, he could not keep the pressure crumbling in the dying moments allowing Anu to win the Match 2-1 with a 21-18 score in the third game.

The Quarterfinals, in the evening session, produced amazing display of the finest badminton one could dream of.

Brian Kasirye was unstoppable against Youcef Sabri Medel, in the first Men’s Singles quarter-finals eliminating the latter in 2 straight games.

“I have my eyes set on the prize, and nothing can take it away from me,” an excited Brian told BCA Tv. “This will go down as one of my biggest wins, and I am really thankful for the support given to me, looking forward to my Semi-final match.”

Joining Brian in the Semi-final is the defending champion Adham Hatem from Egypt, Adel Hamek from Algeria and Anu from Nigeria.

It was sweet victory for Nour Youssri in her encounter with the inform Fadilah Shamika in the Women’s Singles quarterfinals. The first game of the encounter was quite close to call as both players were determined to win, but Nour was more focussed of the two clinching the game 22-20. The second game was easy for Nour as Fadilah was not able to come back from the loss in the first game. She lost 16-21. 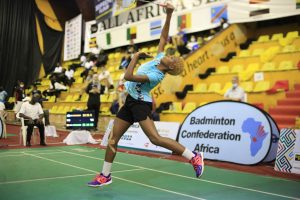 Hana Tarek, Husina Kobugabe, and Doha Hany will be joining Nour in the Semi-finals slated for tomorrow and will be streamed live on BCA’s YouTube Channel.

Check out the full results in the link provided.