PAUL MAKANDE AND FADILAH SHAMIKA FROM UGANDA DEFEAT KHEMTISH RAI NUNDAH AND LAYNA LUXMI CHINIAH FROM MAURITIUS TO SET UP AN ALL UGANDAN MIXED DOUBLES FINAL. 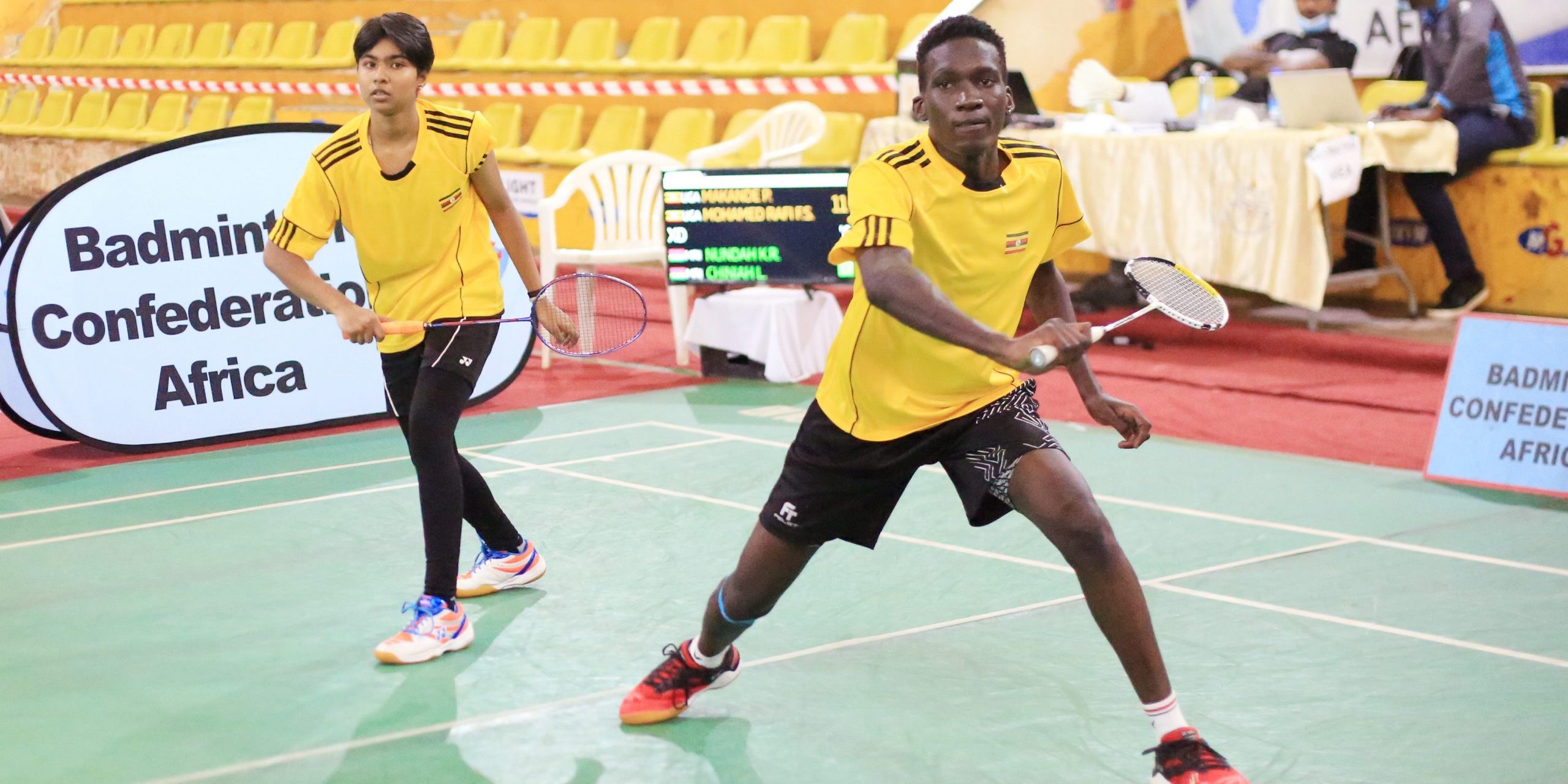 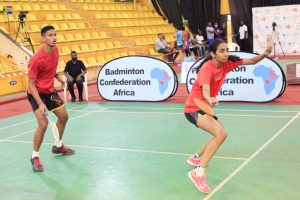 Paul Makande and Fadilah Shamika eliminated Khemtish Rai Nundah, and Layna Luxmi Chiniah in a three-game pulsating Mixed Doubles encounter on the second day of Uganda Junior International. The Ugandan duo was the first to draw blood, taking the first game 21-15 as the Mauritian players took time to get their footing.

“We made lots of mistakes in the first game. The Ugandan players played well and capitalized on our mistakes, making a good head start. We were always playing catch-up.”, said Layna.

A more composed Khemtish and Layna took charge of the second game, Khemtish opting for a more aggressive approach rather than the defensive one adopted in the first game. Makande and Fadilah were forced to play defensively, creating more chances for the Mauritians, narrowly losing 19-21 to Khemtish and Layna.

Buoyed by the home support from fellow teammates in the third game, Makande and Fadilah reversed their fortunes and were more in command than the Mauritians. Khemtish and Layna could not withstand the pressure, and they fell 15-21 to the disappointment of their Mauritian teammates cheering for them in the stands.

“We are happy that we qualified for the finals, especially after we both lost our Singles events”, said Tracy. “This win has given us a shot at winning the Gold Medal at the final.” said Tracy. 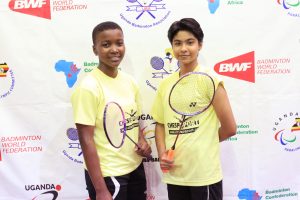 It was the same story for the Ugandans in the Women’s doubles Under-19 event, as Fadilah qualified for her second finals with her partner Tracy Naluwooza. In a draw that mostly consisted of Ugandan talent, it was up to the Mauritian duo of Tiya Bhurtun and Layna Luxmi Chiniah to rain on Uganda’s parade. Starting in her characteristic passionate style, the sensational 13-year-old Tiya Bhurtun could not replicate her form in the AASC and could not inspire Layna to victory. They lost the Match 0-2.

“Tiya is a good player, and she is going to go places,”, said Fadilah.

“She reminds us of how passionate we were at that age”, she added with witty smile.

Fadilah is only 17 years old, and Tracy is 16 years, both starting their careers at a very young age. 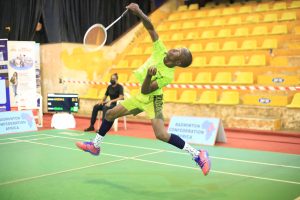 Akbar Oduka from Uganda was the surprise package in the Men’s Singles Under-19 draw. Promoted from the qualifiers, Oduka dispatched the highly fancied third seed, Shaurya Gupta, in two games of 21-15 21-15 in their first game of the main draw. Oduka proved to be a thorn in the flesh of the Mauritian players, eliminating eighth seed Abdul Zeeshan Beebeejaun, 21-5 22-20, in the second round, and Jason Francois in the quarterfinals. Oduka was unstoppable in his semi-final match against fifth seed and fellow countryman Samuel Wasswa in a 21-15 21-12 spectacular display of badminton. Oduka will now play tournament favourite Khemtish Rai Nundah in the finals, scheduled for later today.

As predicted, top Indian seeds in the Women’s Singles Under- 19 draw, Anupama Upadhyaya and Meghana Reddy Mareddy are the finalists. Mareddy had to overcome the 2022 AASC Women Team Silver Medallist Fadilah Shamika Mohamed Rafi in a gruelling 25-23 18-21 21-16 Semi-finals match to qualify for the finals. Anupama, on the other hand, had an easy day in the office against Tracy Naluwooza in their 21-14 21-7 encounter.

“I am looking forward to today’s Match against Mareddy.” Said Anupama. “Mareddy is a good player, so it will be interesting to see how the game will turn out.”

The BCA will stream all the matches live on their YouTube channel.

Check out the full results of the semi-final matches in the link provided below.